The Ihaka Lectures for 2021! The speakers are all local, because quarantine and borders and so on, and wonderful because just because.

As usual, the talks are on Wednesday evenings in March: March 10, 17, and 24. The talks are all whatever the opposite of virtual is, at 6:30pm in Building 423 at the University of Auckland (22 Symonds St, next to Engineering and opposite the Science buildings). They will also be streamed over the internet and recorded for Youtube. 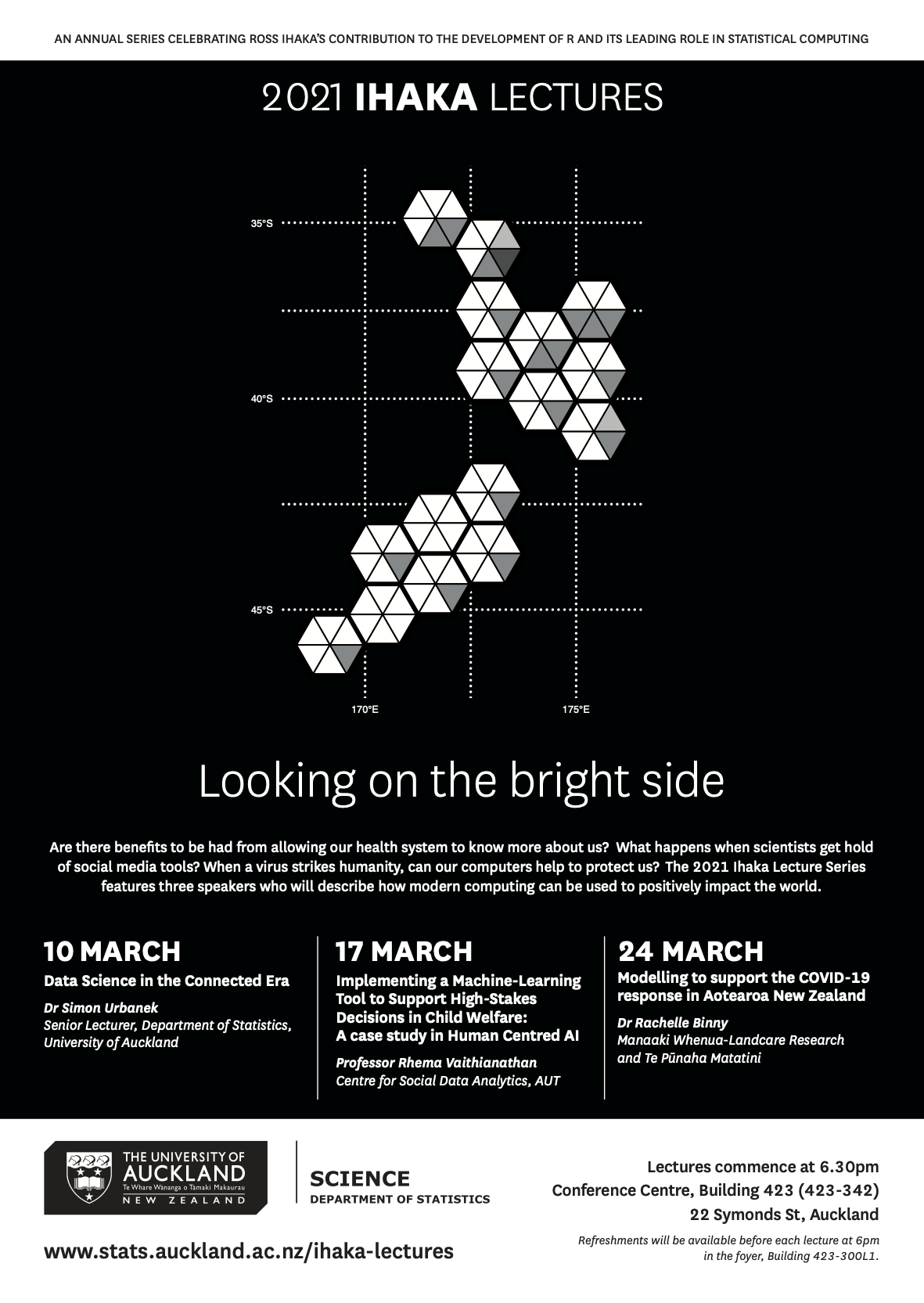 Earo Wang came up with the poster/t-shirt design, which is based on a hexmap of Regional Council areas for NZ, originally from the DHBins package.