Are there any news?

I’ve written before about  treating ‘data’ as a plural count noun or a mass noun. In most settings I’m happy with either: ‘this data’ or ‘these data’; ‘data is’ or ‘data are’. 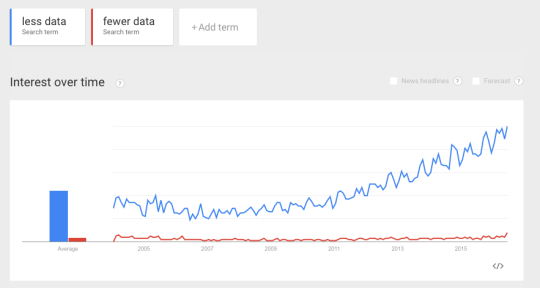 So, people who agree with me are ahead, but by less than I would have guessed.

However, the Twitter poll also produced a number of comments implying that people were picking ‘fewer’ on theoretical grounds rather than what they actually think sounds right. I suspect some of the ‘fewer’s are hypercorrections.

Incidentally, both options would be clearly wrong if ‘data’ were being treated as singular, further support for the position that no-one actually does this.